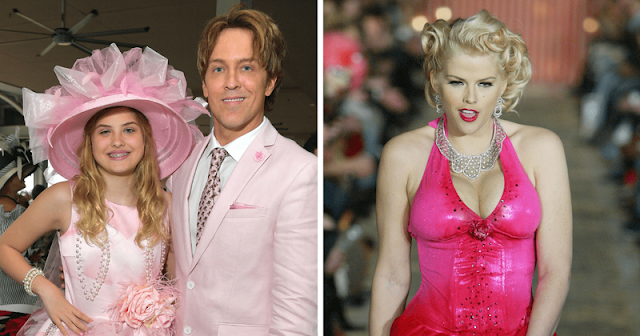 Anna Nicole Smith’s daughter Dannielynn Birkhead is currently in her teens. Unlike her mother and father, Larry, Dannielynn is yet to turn to a full-time glamour world alum. However, she has a number of modeling campaigns to her name.
Likewise, at only six years of age, Dannielynn appeared in a modeling campaign for Guess Clothing and Guess Kids. Dannielynn is currently studying in a primary school. Recently in June 2019, the lady graduated from 7th grade. As Dannielynn doesn’t have any profession under her belt, the lady is all but relying on her father.
Meanwhile, her father has an estimated net worth of $10 million. As a single daughter of a millionaire father, money isn’t actually a problem for Dannielynn. Moreover, her late mother, Anna Nicole had an estimated net worth of $50 million at the time of her death.
Anna died on 8 February 2007 at Seminole Hard Rock Hotel & Casino in Florida. She died of a drug overdose at the age of 39. Though Anna’s will is still unknown, as the only daughter to the late actress, Dannielynn must have her hands on her mother’s fortune.

In a new two-hour 20/20 special, airing amid the 14-year anniversary of Smith's death, the late star's teenage daughter is accompanied by her dad Larry Birkhead "as she visits the most influential places in Anna Nicole's life for the first time," according to a press release.
A trailer for the special sees Dannielynn and Larry, 48, embark on a journey to Mexia, Texas, where Smith — who died in 2007 from an accidental overdose at age 39 — grew up.
"Dannielynn's a teenager now, and she doesn't really know a ton of things about her mom," Larry says in a voiceover during the trailer.