Here is the history of Agege bread. A bread known all over Nigeria and beyond. 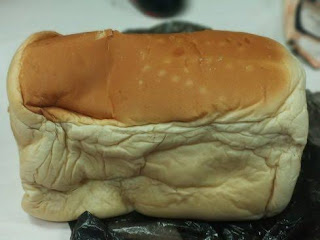 Agege Bread didn’t originate from Agege, it was mere coincidence and pure cruise. 🤗😂🤣

In the year 1911 when the Queen visited Lagos on her first official visit, she became hungry for bread the next day because that was her best snacks....👇

She tried getting it in Nigeria but she couldn’t get so she flew in some world best bakers from Brazil and West Indies to make her sumptuous bread. They came in and work started immediately. She enjoyed every bit of breads they made.....👇

4 days after their arrival, the Queen was to host all the Obas in South West, so she asked the bakers to make a very long bread as long as the banquet table so the kings can be cutting it to eat whenever they are hungry....👇

The day came and when the Obas saw the new kind of meal set before them, they were amazed and eager to have a taste. So each was given knife to cut part of the bread and serve themselves....👇

The Obas kept cutting the bread but it doesn’t look like it was reducing, they cut and cut and cut till they were well fed and went home happily, praising the Queen for the meal....👇

*Getting back to their palaces, the Oba of Ibadan couldn’t keep calm regarding the bread but he didn’t know how to explain it to his subjects, all he was saying was that “ A ge ge ge, sugbon ko tan” meaning “we cut and cut and cut, but it didn’t finish”....👇*

*The news spread all over Ibadan about the new meal their Oba tasted and the people even though they have never seen it before have started calling it “A ge ge ge” until it became famous all over and the name “Agege” stucked with it.....👇*

In case you are wondering where this story came from, keep searching because i’m searching too. Follow me since you love fables 🤣😂🤣😂

Have a lovely day ahead.