Things That Automatically Turn Men Off

By Dayo Bamidele April 14, 2020
Ladies, PAY ATTENTION! Attraction and sexual chemistry are very fickle things. One minute it's there, and the next, it's GONE! Your appearance is only part of the equation. It's your actions that have everything to do with his level of attraction towards you. 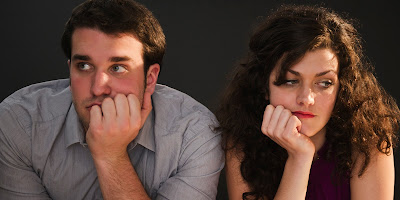 Never make the mistake of thinking that your looks will have him hooked forever. You're going to want to do everything within your power to keep your man turned ON, instead of turning him OFF.

When You Have an Agenda

What does it mean to have an agenda? It means being in a relationship is your goal and everything you say and do is in pursuit of that goal.

Having an agenda prevents you from connecting to him as a person because he is really just a means to an end for you.

The courtship phase is supposed to be about getting to know each other. It’s the time to discover if you have chemistry, if you’re compatible, and if you enjoy each other’s company.

If during this discovery phase you both come to realize how much better your life is with the other person, and how much you enjoy having them around, then a relationship will effortlessly and naturally unfold.

When you mentally jump into a relationship prematurely, you take the fun out of it and instead of things feeling pleasant,  there is an underlying feeling of pressure that your man can definitely pick up on.

While it is not necessary to be perfectly manicured at all times, you should be showering and shaving daily. If you're not shaving then the guy is going to know that you're not that into him. And if you're not into him, why are you out with him?

I realize that some feminists have tried to start a "not shaving" movement. But if you want to attract a masculine man, you're going to want to shave. He doesn't want your armpits to look like his!

Included in this is basic self-care like eating healthy and exercising. If you don't take care of yourself what that conveys to men is that you don't have respect for yourself. And also, you might be lazy.

The flip side of this coin are the women that OVERDO it with the grooming with too much makeup, fake nails, fake eyelashes, fake tan, fake hair color, too much botox and plastic surgery. Hands down, men prefer natural.

Now this is not to say that you can't do any of these things. I've got on makeup right now. But the key is to not overdo it so that it's noticeable. This could leave a guy thinking: "I wonder what she REALLY looks like"?

You're Too Buddy-Buddy With His Buds

You'd think that being friends with his friends would be a good thing. However, research proves that's not the case.

A study of more than 3,000 people published in the American Journal of Sociology in 2011 suggested that when a woman cozies up with her partner's pals, it can make a man jealous and actually lead to erectile dysfunction — especially in older men.

What's up with that? "Your guy probably wants to feel that he's got the goods (you) and his friends don't have the same access to them as he does," said Gilda Carle, PhD, a psychologist and author based in New York.

Nothing is worse for a man than a woman who can't even say "thank you" when he buys her dinner! Also, women who are unemployed or act entitled are a huge turnoff for men. Gold digging is NOT a career path. You do not deserve anything just because you are a woman.

Men that are ready for a relationship are looking for a woman that's an equal partner. That want her to love and support him and assist him in achieving his goals and dreams. He wants a woman that is appreciative. Men equate appreciation with love, in fact, many of them can't tell the difference between the two.

It’s natural to want to make the guy you’re dating happy. However, this can quickly translate into being too needy and desperate and this is what turns men off more than anything. Being too available and trying too hard are visceral turn-offs and make you look desperate and insecure, to put it bluntly.

When you bend over backwards to please a guy it sends off a red flag in his mind and he reflexively pulls away.

Here is something very important to understand: men want to feel wanted, not needed. Needing him means you need him to respond to you in a certain way in order to feel OK. If he doesn’t text back or compliment you or become “official,” you feel devastated. (If you think neediness is a problem for you, be sure to read this article.)

If the only thing you have to look forward to these days is hearing from him, then you need to adjust your priorities ASAP.