By AtNigeria January 26, 2020
Looking to know more about Troy Aikman’s wife? We’ve got you covered on this. Troy Aikman and his wife Capa Aikman got married in September 2017 and are ‘crazily’ in love. 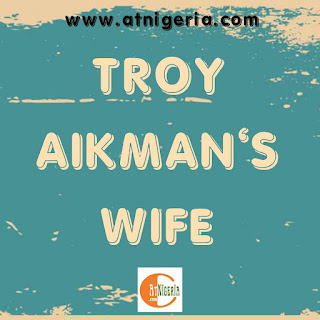 Troy Aikman was previously married to Rhonda Worthey and the couple part ways in 2011. Troy lived a single life until he and Capa Mooty started dating in 2016. And in 2017, the two got married.

The couple started dating in 2016, a year before they got married. This is following their respective divorce from their previous marriage.

In 2017, Troy Aikman announced the couple’s engagement via his Instagram page, saying: “June 2, 2017 – A special day as I proposed to the love of my life.’ He posted this with a picture of his fiancée (Capa) and himself while on vacation in the Italian Getaway of Lake Como. Capa Aikman corroborated Troy’s Instagram post by tweeting: ‘I’ve waited my whole life for you!! #loveofalifetime

Troy and Capa got married in September 2017 at Biltmore Four Season in the Montecito community in California. The couple’s children from their previous marriages were present at the ceremony.

Capa (Troy Aikman’s wife) was previously married to Jerry Mooty, the nephew of Cowboys’ owner, Jerry Jones. The ex husband is an entrepreneur and attorney in Dallas who is in the ‘legal’ world, and he also has establishments in the world of real estate. She is also a stepmother to Troy Aikman's two daughters.

Capa and Jerry divorced in 2013. The couple had two sons during their marriage. The two sons are Luke Mooty and Val Mooty.