Richest Musicians in Nigeria this Year 2020

By AtNigeria January 26, 2020
If you are looking for the richest musician in Nigeria for this year, you will definitely get answer to your curiosity. This article comprehensively discusses Nigeria’s richest musicians. 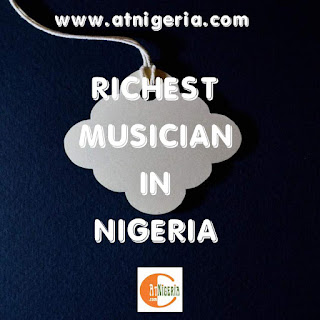 Many fans of these singers want to know their net worth, and sometimes, it has turned to hot debates on who the richest musician in Nigeria is.

These net worth are estimates, based on several factors that include their investments, cumulative wealth, endorsements, sales of songs, shows, concerts, royalty payouts among others. Let’s take a look at the richest musician in Nigeria for 2020.

Wizkid – Net Worth of around 20 Billion Naira

Wizkid, born Ayodeji Ibrahim Balogun is one of the richest musicians in Nigeria. He gained fame in 2010 following the release of his singles ‘Holla at Your Boi’ and ‘Gidi Girl’; both songs are on his debut album, ‘Superstar’.

The Ojuelegba crooner has released several albums and EPs and the song ‘One Dance’ where he was featured by Drake topped the Billboard 100 chart for several weeks. Wizkid has won many awards.

Wizkid owns many houses in Nigeria as well as outside Nigeria, and he also owns several luxury cars like Porsche, Mercedes Benz, BMW X6 among others. Wizkid’s net worth is about 20 billion Naira.

Davido – Net Worth of around 20 Billion Naira

Davido has a net worth of about 20 billion Naira. Davido was born David Adeleke to a billionaire father, Adedeji Adeleke on November 21, 1992 in Atlanta in the United States.

The ‘If’ crooner has however stepped out of the shadow of his father, by making a name for himself; he is doing greatly in the music industry.

Davido has several singles to his name and has released multiple albums which has won him several awards both in Nigeria and outside the country. He is also the owner of DMW (Davido Music Worldwide) record label, and some of the acts under his label include Peruzzi, Mayorkun, Dremo, Lil Frosh among others.

Don Jazzy – Net Worth of around 17 Billion Naira

Michael Collins Ajereh, popularly known as Don Jazzy is the richest Nigerian music producer and one of the richest musician in Nigeria. He was a co-founder of the defunct ‘Mo’Hits Records’ alongside D’Banj. He is the founder and CEO of Mavin Records.

Don Jazzy makes his money from singing, producing songs, his record label (Mavin Records) as well as lucrative endorsements from top countries and brands in the country, such as MTN, Loya Milk etc. he owns a house in Banana Island and owns several luxury cars such as Bentley, Porsche Carerra to mention a few.

D’Banj – Net Worth of around 16 Billion Naira

D’banj remains a favorite for many Nigerian hip hop and Afro pop music lovers who are in their early 20s and older. This is due to his rhythmic Afro pop and hip hop songs and unique vibration.

Although, not so popular like he used to be, D’banj has always been the favorite of many since the mid 2000s and till now. His hit singles like ‘Why Me’, ‘Tongolo’, ‘Mobolowowon’, ‘Fall in Love’, ‘Suddenly’ among others gave him recognition within and outside the continent.

He is a owner to many properties, luxury cars as well as several businesses. D'Banj has an estimated net worth of around 15 billion Naira.

2Baba, previously and mostly known as 2Face is one of Nigeria’s richest musician. His multiple hit singles and albums have given the ‘African Queen’ crooner much fortune.

Since the release of his debut solo album ‘Face 2 Face’, he has gone on to release six albums that have seen him risen to the status of a legend in the Afro pop scene. 2Baba has won several awards home and abroad and has an estimated net worth of around 15 billion Naira.

The defunct P-Square duo, that consists of the Okoye twin brothers takes the sixth spot in the list of richest musicians in Nigeria.

READ: CAN I WEAR LACED SHOES ON NATIVE WEARS?

Timaya – Net Worth of about 7 Billion Naira

Timaya has several houses in Bayelsa, Lagos and other parts of the country; he has an estimated net worth of about 7 billion Naira.

Banky W – Net Worth of around 6 Billion Naira

Banky W, also known by his biological name as Bankole Wellington is one of Nigeria’s richest musician; he has an estimated net worth of 6 billion Naira. His musical career began as early as 2002 and has since released five albums. He is also the co-founder and CEO of EME (Empire Mates Entertainment) record label.

Aside from making money as a music star and record label owner, Banky W is also a music producer, an actor and a movie producer.

Olamide – Net Worth of around 6 Billion Naira

Olamide was born in 1989 as Olamide Adedeji in Bariag, Lagos. He is a popular Yoruba rapper and singer that came to limelight in 2010 when he released his hit single ‘Eni Duro’.

He released his firt album ‘Rapsodi’ with the previous label he was signed to, Coded Tunez. His second album ‘YBNL’ was released under his very own record lable YBNL Record. Olamide has an estimated net worth of around 6 billion Naira.

Phyno – Net Worth of around 5.5 Billion Naira

Phyno also makes the list of the richest musicians in Nigeria. He is a household name in the Nigeria music industry and raps with the Igbo language.

Aside from singing, Phyno is also a music producer and has produced songs for several Nigerian music stars. Phyno has an estimated net worth of around 5.5 billion Naira.