Wife of Chris Evans: The Truth Behind It All

By AtNigeria December 16, 2019
Have you asked the question before - who is the wife of Chris Evans? Looking forward to know more about your favorite actor, Chris Evans?

That’s cool. I’m a fan too. This post is dedicated to knowing more about the wife of Chris Evans, or maybe he doesn’t have a wife, yet. 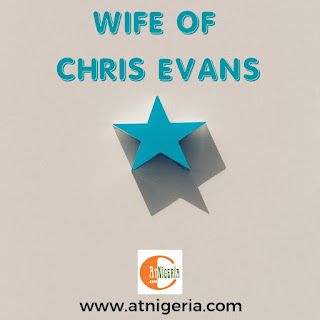 Who is Chris Evans?

Chris Evans is an American actor who was born 13th June, 1981 in Boston, Massachusetts. He was brought up in Sudbury, a Middlesex County town.

His fame came in 2005 when he was casted as Human Torch I. Marvel Comics’ “Fantastic Four” and it’s 2007 sequel. His subsequent character as Steve Rogers/Captain America skyrocketed his fame and he is one of the highest-paid actor in the world today.

To “The Avengers” fans, Chris Evans‘ face should not be new to you. Other movies GE has featured include Sunshine, Fantastic Four, Scot Pilgrim vs. The World, Snowpiercer, Gifted among others.


Who is Chris Evans’ wife?

Currently (as of December 2019), Chris Evans does not have a wife, yet. Chris Evans is currently single and unmarried. However, he has some past romantic relationships you might not be aware of.


Chris Evans’ on and off relationship with Jenny Slate

Chris Evans was in an on and off relationship with American actress, comedian, and author, Jenny Slate. The two began their relationship in 2016, following Slate’s separation with her ex-husband, Dean Fleischer Camp.

Before dating Jenny Slate in 2016, he had previously dated two actresses, Jessica Biel and Minda Kelly.

While in the early years of their careers, Chris Evans and Jessica Biel were in a relationship that lasted for five years between 2001 and 2006. The two would attend gala and events together and talks of marriage were in the air.

However, she never became Chris Evans’ wife, as she ended up getting married to singer and song-writer, Justin Timberlake in 2012.

Chris Evans also dated Friday Night Lights’ star, Minka Kelly between 2007 and 2012. Although, it never seems too serious and was actually an on and off relationship.

Who is Chris Evans’ Wife? – A timeline

According to Chris Evans himself, he said his past relationships have all been perfect. While speaking with Elle magazine, he said:

“It’s very rare. But I’ve had no breakups in my life. Typically, if I see an ex, I give a big hug, and it’s wonderful to catch up…”

He also considers himself to be very romantic – although, sort of philosophical. To him, you should love yourself first, and everything will follow. He also said, to him, solitude can be as fulfilling as dating.

Right now, your favorite actor Chris Evans is not married yet. Chris Evans wife? Not yet. We will definitely let you know when Chris Evans has a wife. Happiness is important!

That is all we about the wife of Chris Evans.

READ: WHO IS GABRIEL IGLESIAS’ WIFE?