The duo is popular for their media creations like ‘Good Mythical Morning’, ‘Rhett & Link: Commercial Kings’ and their YouTube premium series: ‘Rhett and Link’s Buddy System’. 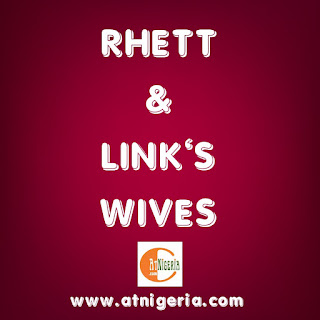 
Link got married to his sweetheart, Christy White in 2000 and they have 3 children (Lillian,  Lincoln and Landon).

Rhett got married to his sweetheart, Jessie Lane in 2001, and they have 2 kids (Shepherd and Locke).

Rhett and Link together with their family live in Los Angeles.

The two met in September 1984 when they started elementary school at Buries Creek, North Carolina. The story of how they met there inspired them to sing a song as well as write a documentary ‘Looking for Ms. Locklear.’ That was the beginning of Rhett and Link story.

The duo wrote a screenplay ‘Gutless’ at age fourteen; although some scenes of the film were shot, they however never finished filming it.

Rhett and Link went to the same college, North Carolina University where Link studied Industrial Engineering, while Rhett studied Civil Engineering. They both graduated in 2000. 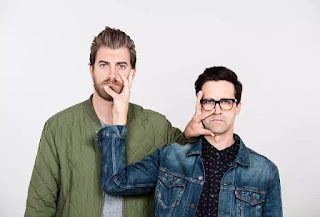 
We have been able to answer your question on know if Rhett and Link have wives as well as who their wives are. Rhett’s and Link’s  wives are Jessica Lane and Christy White, respectively.

That is all we know about the Rhett and Links wives. We'll update you when we know more.