By AtNigeria December 28, 2019
Are you looking forward to knowing Vanna White’s net worth as of 2020, well, we present you an article on the monetary worth of the famous Wheel of Fortune star, who has been hosting the show for over 30 years.

The Wheel of Fortune show started in 1975 and has been raking in millions of viewers every year from America and beyond. Vanna White co-hosts the show with Pat Sajak. 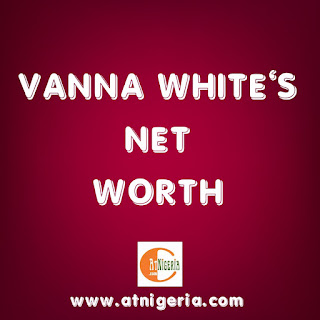 
Vanna White was born 18th February, 1957 in North Myrtle Beach, South Carolina, United States. She is popular for being the hostess of TV show ‘Wheel of Fortune’ for over 30 years.

Her parent divorced when she was just a kid and was raised by her mother and stepfather. She later adopted the name of her stepfather.

Following her graduation from high school, Vanna White moved from Conway, South Carolina to Atlanta, George. She also graduated from Atlanta School of Fashion and subsequently worked as a model.

In 1979, Vanna White moved to Los Angeles in 1979 to live out her dream of becoming an actress. In 1980, she made her appearance on TV for the first time, starring on an episode of The Price is Right.

Her career big success arrived when she became the hostess of the famous Wheel of Fortune in 1982. She is well known for the show today.

Vanna White wrote an autobiography, ‘Vanna Speaks!’ in 1987, which turned out to be a best seller. That same year, she featured on Playboy with photos of her and her boyfriend taken.

Vanna White was revognized as ‘Television’s Most Frequent Clapper’ by Guiness Book of World Records. She has appeared in quite a number of movies and television shows.

She starred in Goddness of Love, NBC television film in 1988, where her acting was criticized. Following that, she made cameo appearance in TV shows like Simon and Simon, The Kings of Queens, L.A. Law, Super Mario Bros and Double Dragon. She also starred as a guest on Married… With Children.

She is currently signed to the Wheel of Fortune show as a hostess until 2020.

Her first car was a bug.


Vanna White became famous after signing as hostess of Wheel of Fortune in 1982, she released an autobiography in 1987 and has appeared in several films and television shows.

Currently (as of January 2020), the net worth of Vanna White is 50 million dollars.