By AtNigeria December 15, 2019
You are probably on this page to find out about Gabriel Iglesias’ wife. Well, this is the ideal post for you if that is what you seek to know. 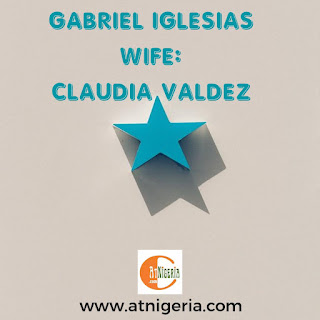 This article seeks to give our readers information about the wife of our favorite celebrity, American comedian, producer, writer and actor, Gabriel Iglesias.


Who is Gabriel Iglesias?

Gabriel Iglesias is an American comedian and actor. He was born 15th July 1976 and also known as Fluffy. Renowned for his shows “‘I’m Not Fat… I’m Fluffy” and “Hot & Fluffy.”

He was born in San Diego, California to Jesus Iglesias and Esther P. Mendez, and solely raised by his single mother. Jesus Iglesias is of Mexican heritage.

While growing up, he stayed with his mother in the following places – Corona, Compton, Santa Ana, Baldwin Park and Riverside, all in California.

Over the years, he has also featured in several movies and television shows and has won several awards for his brilliance.


Who is Gabriel Iglesias’s wife?

You are here to know if Gabriel Iglesias has a wife or not if he does, then who is the person? What’s her identity?

Well, Gabriel Iglesias does not have a wife (as of December 2019), however, he has a girlfriend who he has been in a long term relationship with. He has tried as much as he can to protect her identity – however, the press will get a hold of it.

You will be prompted to ask: who is Fluffy’s girlfriend?

Claudia Valdez is an American actress and producer. She is the girlfriend of American comedian and actor, Gabriel Iglesias, as well as a single mother.

She was previously married, and unfortunately, the relationship didn’t last long as expected before ending in divorce. She had a son from this marriage, named Frankie who was born 8th December, 1997.

Gabriel Iglesias and his girlfriend, Claudia Valdez have been dating since 2008 and they have since kept their relationship a secret. It can be said that both couples are doing pretty well with their relationship.

Due to the close lid on their relationship, it is not known for sure if they are engaged or there is any plans of marriage between Gabriel Iglesias and Claudia Valdez.

We can tell you that Gabriel Iglesias ‘Fluffy’ is in a relationship with Claudia Valdez. Plans of making her is wife or not is not known to members of the public. We will definitely let you know about any development.

That is all we know about Gabriel Iglesias' wife.