By AtNigeria December 28, 2019
Looking forward to knowing about former MMA fighter Brendan Schaub’s wife? We’ve got you covered on that, as we give you a comprehensive detail about Joanna Zanella, the beautiful wife of stand-up comedian and podcast host Brendan Schaub. 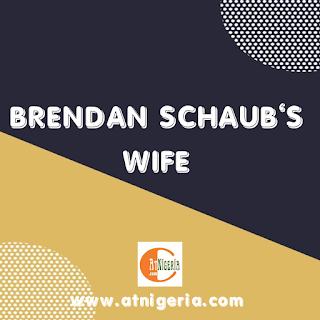 Joanna Zanella has been a longtime girlfriend of Brendan Scaub, as well as his baby mama. She has stick around long enough, stay all through the phases of Schaub’s career switches.

The couple has been together for a very long time that they have two kids for each otter. There are rumors, however, that the two are now married, especially with Joanna Zanella’s social media posts.


Joanna Zanella was born May 5, 1988 (which makes her 31 years old as of December 2019) in West Hollywood, California. She is the ‘wife’ of former MMA fighter and comedian Brendan Schaub, and the couple has two kids together (Boston and Tiger).

Joanna Zanella is originally from Mexico and she is born to Mexican parents, Juan Carlos Camberos (father) and Leticia Zanella Allen (mother). She has a brother, Steven Camberos Zanella.

She works as a TV host as well as an actress; and in 2005 she won the Voz Latina award and also Miss. Mexico Fox Sports USA. 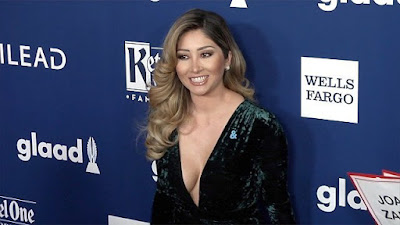 
Joanna Zanella was born in West Hollywood on May 5, 1988 to Mexican parents Letica Zanella Allen (mother) and Juan Carlos Camberos (father). The family moved to Guadalajara, Jalisco in Mexico when she was a baby.

In Mexico, she grew close to her grandmother and was raised with her younger brother there.

The family returned to United States after ten years in Mexico and settled down in Southern California.

Zanella’s Career as a Model and Actress


Brendan Schaub’s wife, Joanna Zanella has a dream of becoming an actress at a very young age. And when she was 10 years old, she signed with an agency.

In her first year with the agency, Joanna Zanella did commercials for several national and multinational brands, such as Nickelodeon, Wells Fargo Bank, JePenny, Kraft, among others.

She toured all over United States while being a spokesmodel under the Umbrella Girls USA.

Joanna Zanella contested for several pageant positions and she won the title of Miss. Mexico Fox Sports USA. This helped her secured a position as a Fox Sports anchor.

She acted in several Latin Soap Opera, and in 2005, she won the Voz Latina award. Her breakout came in 2012when she featured in ‘Sin Verguenza’ where she played the role of Christina.


Joanna Zanella and Brendan Schaub have been together for a while now, we do not know for sure when, where and how they met. However, we do know that the couple got engaged in 2017.

There are rumors circulating that Schaub and Zanella are now married – this is unconfirmed. On her Instagram page, Joanna Zanella’s public name is Joanna-Zanella Schaub, and her bio states that she is married. Also, on her Facebook page, she set her relationship status to married.

There is no publicity of any sort about her marriage, however, it is possible that Brendan Scahub and Joanna Zanella are married, in a low-key form.

That is all we know about Brendan Schaub's wife.

MEET THE WIVES OF RHETT & LINKS