Knowing the Signs or Symptoms of Alzheimer 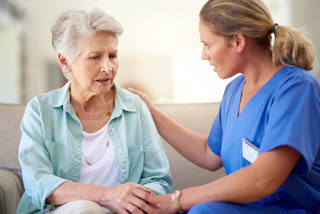 Alzheimer is a disease that you must have heard before, or probably, you are hearing the name for the first time. Alzheimer is a chronic neurodegenerative disease which builds up gradually, and it is regarded as the most common form of dementia (a brain disease that affects the ability to think, remember and function).

According to medical experts, Alzheimer has no cure; however, if diagnosed earlier, there could be steady treatment of the symptoms, which include memory loss and changes in patient’s behaviors. The early sign of this disease is forgetfulness, and this can be noticed by the person or those close to him or her – partners, friends, family, co-workers.
The signs and symptoms of Alzheimer is divided into three stages, and they are the early stage, middle stage and the late stage.
Early Stage Symptoms
According to UK’s National Health Service, the early symptoms revolve around memory loss, and they include:
Middle Stage Symptoms
As the disease progresses, the memory becomes more deteriorated, and remembering names of relatives and recognizing them becomes difficult. At this stage, the carrier of this disease needs others’ support to get things done, like eating, washing among others. Other symptoms include: 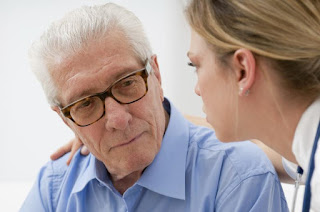 Late Stage Symptoms
In this stage, the symptoms get more serious and living becomes more difficult for the carrier of this disease; as well as those staying with him or her. people with Alzheimer get more violent and suspicious, and they need a full-time and thorough care with all their activities. The late-stage symptoms include:
If you notice any of the above signs and symptoms in you, your loved one or anyone around you, talk to health care provider closest to you.
Images from: medicalnewstoday.com, brightfocus.org
Kindly share this article!